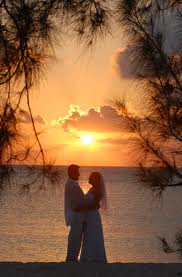 The mystery of forgiveness:

Forgiveness is impossible until the need to forgive is exposed. Many times in my Christian walk I have felt the still small voice of the holy spirit saying….forgive and I have been stunned to realize that inside of myself I am holding on to some bad behaviour or some hurt caused by another, willing and praying for them to change when what God requires of me is to forgive the offender. So often I have made excuses for the bad behaviour and hurtful offences of another person saying things like, they don’t mean it, or they can’t help it!! But the still small voice of the Holy Spirit stopped me in my tracks saying …forgive. It all sounds so obvious but how many times have we held onto un-forgiveness simply because we didn’t recognize the need to forgive. I have actually said the words out loud ‘I forgive ‘and often I have heard another voice saying, ‘You can’t do that’ I have heard the voice of the accuser of the saints desperately trying to keep my mind under his control in the darkness and fear of un-forgiveness.
A few years ago a friend committed an act of stupidity and vengeance which I simply could not forgive; that behaviour was the last straw as far as I was concerned. I recognized the need , as a Christian to forgive, but I could not bring myself to obey God this time. I was praying and imploring the Lord to help me, I asked friends to pray for me. One day kneeling beside my bed I was overwhelmed by the presence of God and into my mind came a scripture.
Galatians 2: 20
“I have been crucified with Christ and I no longer live, but Christ lives in me”
Immediately I was set free from the un-forgiveness that had crippled me for three lonely months. I came to recognise that the hurt inflicted on me by my friends behaviour was so bad that it had actually killed a part of me within, I had to acknowledge that before God because God considered my unforgiveness as a very serious matter, I no longer lived, I had just not recognised that fact until God brought it into the light. Now I understood the mystery of forgiveness
Philippians 3: 10
I want to know Christ and the power of his resurrection and the fellowship of sharing in his sufferings, becoming like him in his death.
I believe many people today are locked in un-forgiveness simply because they don’t recognise the need to or understand the meaning of forgiveness, Satan keeps many many people in ignorance, fear darkness and unbelief.

This entry was posted in Uncategorized. Bookmark the permalink.

One response to “Un-Forgiveness:”